Utah Encourages Students to Raise the Bar on Sportsmanship

Good sportsmanship is a work in progress. Even when it is being exhibited, there is always room for improvement or something else to be done to take it to another level. The Utah High School Activities Association (UHSAA) recognizes this and, for the past seven years, has encouraged its schools and students to “Raise-the-Bar” and continually improve their sportsmanship efforts.

“Whether you’re a player, coach, official, parent, spectator or fan, we just want you to be a model of great sportsmanship and integrity,” said Kim Monkres, UHSAA assistant director. “They are all our kids. Whether I’m with School A or School B, whoever I’m coaching against, I’m still an example to those athletes.

“It really sends a message that we’re there for a positive reason – all of us.” 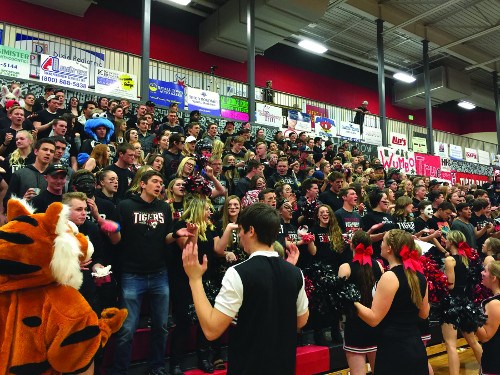 Schools participating in the Raise-the-Bar program were given banners to hang in their gyms. If they successfully complete a year-long checklist and application, they earn a star to add to the banner. Items on the checklist include having zero ejections for the year, reading the UHSAA sportsmanship announcements before contests and attending the UHSAA’s Dare to Lead student leadership conference or a similar conference. If a team does have an ejection, the UHSAA requires the student-athletes to complete the NFHS Learn course, Teaching and Modeling Behavior, in order to complete the checklist.

In order to help schools promote sportsmanship even further, the UHSAA introduced an extension, or bonus category, to the checklist last year. The extension focuses on character education and ideas like integrity, respect, honest and teamwork.

“We call it an extension – it’s not a ‘have to’ in the program, but if you feel like you’ve mastered everything else and things are running well, here’s the next step: see if you can implement a character education program,” Monkres said. “We’ve had a few schools take that on and have really enjoyed that.”

After schools complete the application, the UHSAA sportsmanship committee presents them awards, which include a certificate and media recognition in addition to the banner star. Since the program has been in place, several schools have been honored and received new banners after achieving five-star status.

This year, the UHSAA added a Battle of the Fans program as well. Schools were encouraged to submit videos of their student sections in action as well as the reasons why they should win the competition. Finalists were chosen and received a visit from UHSAA staff during a basketball game. Hurricane High School claimed the inaugural Battle of the Fans championship based on judging criteria like school spirit, originality of cheers and overall positive sportsmanship and fun. 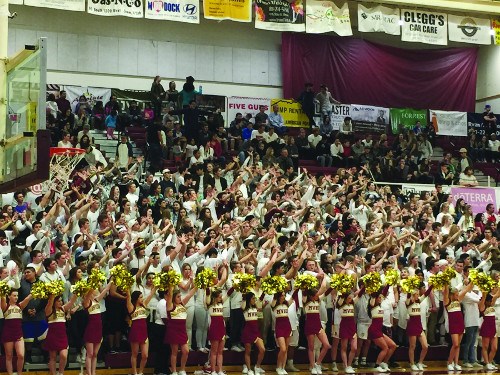 “I had a few principals email me with some feedback regarding the whole process and they said the night that someone from our office came to visit their game was one of their favorite nights of being a principal,” Monkres said. “They absolutely had the best time watching the kids pour all their time and effort into promoting the positives of their school.

“We’re really excited that in our first year that went really well and can’t wait to see what schools come up with in the future.”

Monkres said she was impressed with the way some of the Battle of the Fans competitors took sportsmanship to another level on their own.

“What I really loved was one of our schools and their focus on service,” Monkres said. “Our students and student-athletes cannot get enough of service-learning opportunities. What a great way to support their whole community, a community that supports them so much and they were giving back.

“I loved that the kids were trying to be so creative in their ways to come together to be loud and rowdy, but in such a positive way and involve everyone in their school together.”

Monkres said the next phase in the program will include a more comprehensive guide for the character education program to provide to schools with the other sportsmanship resources the UHSAA offers, including the sportsmanship handbook, best practices and sportsmanship pledge.

“We’re hoping to get some more feedback regarding the character education extension component,” Monkres said. “We’re hoping we can come up with something that’s a little more uniform so we can do most of the legwork for the athletic directors and coaches. They can utilize it if needed and see where that takes us and see if that doesn’t help improve sportsmanship across the state.”

In the meantime, Monkres said she sees examples of good sportsmanship daily in her state and wishes those were the stories that received the most attention.

“I really think [our student-athletes] teach many of us,” Monkres said. “I’m really proud of the great hearts our students have here and I think we can learn a lot from them and the idea that they’re just out there to have a good time.

“They want to compete, no doubt about it, but they want to have a good time as well.”