The number of three-sport athletes, and in some cases four-sport athletes, in high school sports has decreased dramatically from earlier years. Historically, before the push for specialization, it was once common to have student-athletes letter each season of the year. In some schools today, you may only find a half-dozen young people who annually participate in three sports.

With the landmark legislation of Title IX in 1972, the opportunity to participate in athletics was extended to females. After years of being on the sidelines, many young ladies played multiple sports. However, today many female student-athletes – like their male counterparts – are focusing on just one sport rather than participating in multiple sports.

The shift from the triple-sport student-athlete to one who specializes has unfortunately evolved. There are various plausible explanations for this dramatic shift. Parents may be chasing that elusive scholarship, there has been a rise of club sports or travel teams, and private coaches and trainers have become a big business. 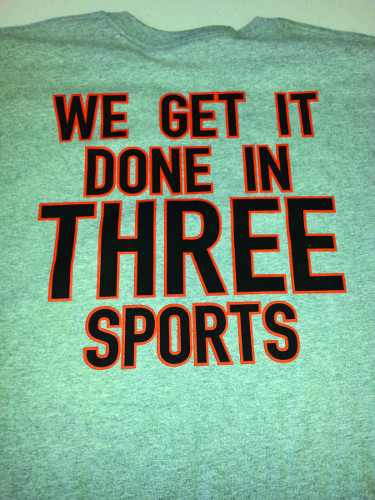 At national, state and local athletic director conferences and meetings, this phenomenon has frequently been the topic of conversation. Often, the discussion eventually gets around to what can be done to slow down or even reverse this trend?

When one considers the benefits of multi-sport participation and the dangers of specialization, it is important to return to the age of three-sport athletes. It has been well-documented that student-athletes:

These and additional reasons should be enough to promote the concept of three-sport athletes.

John Germano, athletic administrator at Barnegat High School in New Jersey, has started a new initiative at his school in reaction to his staff voicing concerns about the “specialization” of student-athletes at a recent round-table meeting.

Barnegat High School is a small Group II institution in New Jersey with 990 students in grades 9-12. It offers more than 30 varsity sports plus competitive cheer and dance squads. In reference to the concern about specialization, Barnegat launched an investigation as to why there was a drop in the number of three-sport athletes.

Among the explanations uncovered was the need to focus on one sport in order to earn a college scholarship and the fact that some students feel playing on a junior varsity team is not cool because they only want to play on the varsity level. In fact, if a good athlete is a varsity baseball player as a sophomore, he does not want to play junior varsity basketball and simply won’t try out.

In addition, outside recreation programs run clinics and camps year-round. In some cases, leaders of these programs are encouraging athletes not to try out for some school teams and instead focus on their sport and/or their travel/club teams. However, during a recent coaches’ round-table meeting, a novel idea evolved.

With the “Triple Threat Athlete” initiative, Barnegat High School’s athletic department decided to tackle this issue head-on. First, it decided to make the junior varsity level of each sport something special. The school dropped the phrase JV and substituted the phrase sub-varsity. As the aged-old saying goes, things are the same but by calling it something different it takes on a new meaning.

Also, Barnegat High School promotes all its student-athlete endeavors. It emphasizes each sport as a program and not a level. For example, the coaches post articles and accomplishments on Twitter and social media by sub-varsity athletes as well as those on varsity teams. The parents love to see their sons and daughters recognized. 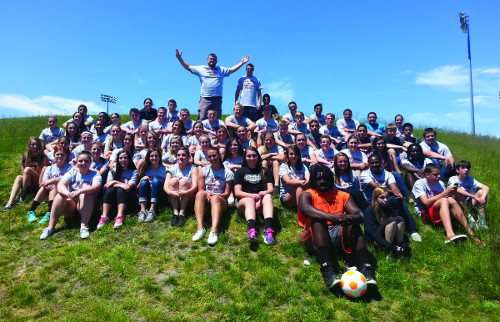 In addition, Germano posted the Varsity, Sub-Varsity and Middle School Male and Female Athletes of the Week on the high school marquee and message board, which is located outside his office. This has had a tremendous impact on both the high school and middle school programs. They are viewed as connected and not two separate athletic programs. Many of the younger student-athletes also want to be known as Triple Threat Athletes.

Since the implementation of this project in the fall of 2013, the Barnegat High School athletic department has used it as a recruiting tool, especially for those sports that may not grab the attention like some others. Many of the coaches are encouraging students who may not have played a specific sport in the past to give it a shot, with the notion that they will develop some new friends and get involved in a positive structured environment.

Since the introduction of this program at Barnegat, there has not been one parental complaint. However, the athletic staff does stress with both parents and students that they are being held to athletic accountability. Young people can earn it by enrolling and completing the commitment to each season. If you join you must finish. Injured students can also qualify for the triple threat honor.

”Three-Sport Athletes are crucial to the success of a smaller high school like Barnegat,” said Stephen Nichol, principal of the school. “It (having students compete in three sports) helps us to compete and to achieve our education-based goals in all three seasons. However, it also demonstrated that our student-athletes are more importantly getting it done in the classroom. All of our triple-threat athletes are academically eligible to participate, and that is what makes a true student-athlete.”