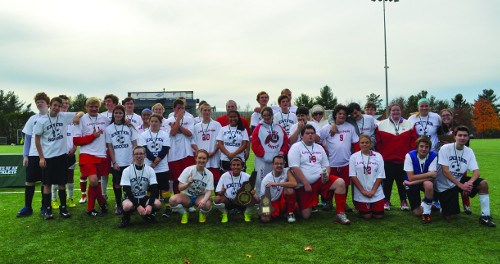 Sportsmanship is a simple concept, one in the same vein as the golden rule. Treating others as you want to be treated on the court or field should be as easy as running, jumping or throwing a ball in that same venue. So, the inclination for some state associations to heighten their focus on sportsmanship is natural, but others have shown that simple is better. For the past 25 years, the sportsmanship program for the New Hampshire Interscholastic Athletic Association (NHIAA) has simply guided the state to a good place.

"It’s something to strive for,” said Jeff Collins, NHIAA executive director. “I think there are some that might criticize that sportsmanship shouldn’t necessarily be a competition, but how do we strive together to be exemplary with our sportsmanship through our athletic programs?

“As a former principal, I was always harping on how do we represent the best of our community when other teams come and visit us or when we’re on the road?”

The NHIAA has given out four sportsmanship awards each year since the 1991-92 school year. The award winners represent each of the four divisions in the state.

“It’s based primarily upon feedback for each and every game played at the school, so it’s all done by points and calculations,” Collins said. “The top-rated school in the sportsmanship ratings receives a special banner from the NHIAA, which is awarded at our annual meeting.

“It’s kind of a big deal for the team or the school that shows the most sportsmanship throughout the previous year.”

Collins can speak from experience that the banner has become just as important to schools as the ones they display for athletic achievement.

“I can tell you from a principal’s perspective, in your school you obviously have banners from teams that win state championships,” Collins said. “The NHIAA sportsmanship banner is a bright green banner. Those are ones that you definitely covet in your gym that your team not only excelled on the field, but also exhibited great sportsmanship.”

Collins contributes the work of the athletic directors in his state for helping to promote the role of sportsmanship and taking care of problems before they start. 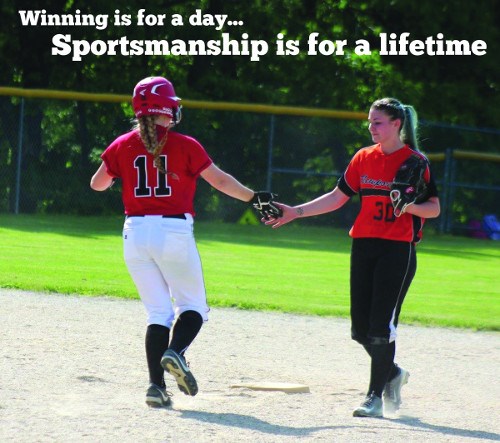 The state has gotten to such a good point where the most difficult decisions Collins said he and the NHIAA sportsmanship committee have to make tends to be who will win the awards each year.

“Some of the discussions we have in the sportsmanship com mittee at this point in time is what is this program now? What is it going to look like down the road? I think those are good discussions to have.”

“To me, the acts I see on the court when two players run into each other in hot competition and they are picking each other up off the ground rather than standing and posturing – those residual, small things are absolutely essential.”

It’s the small things, though, that actually help the sportsmanship committee determine which schools will win the awards every year.

“It’s not necessarily the large piece of earning the banner, but the small things that that school and kids are doing on the court, on the field, in the pool, wherever the competition is, that are leaning toward outstanding sportsmanship.

“Competition is one thing, but doing it in a way that’s sportsmanlike is the ultimate goal.”

At a recent girls state championship lacrosse game, Collins described a moment when, after a close-fought game, both teams came together to celebrate.

“The team that won, basically won on a last-second dribbler shot that went in and they won,” Collins said. “Right after the game, after we handed out the trophies, unbeknownst to anybody that was working the game, the kids from both teams got together and took a group picture.