Medfield (Massachusetts) High School’s Jack Cadigan IV knows the importance an assist can have in a basketball game, but the assist he dished out off the court had an even greater impact on a lucky young girl who was more than 1,600 miles away.

The story starts as the 6-foot-1 point guard was set to play a road game and his father was primed to watch, but a misread of the schedule put them in two separate places. Cadigan’s father, who is a cardiologist, arrived at the school thinking it was a home game. Despite not getting to see his son play, it was not a wasted trip.

As the elder Cadigan stood in the gymnasium realizing his mistake, he began talking with a fellow physician whose son was playing there that evening. They discussed several topics, including medical mission trips to Haiti. After some planning and discussion, the Cadigan father and son duo joined others and jettisoned off to provide medical aid to the Haitian people through the Saint Rock Haiti Foundation in August of 2012. 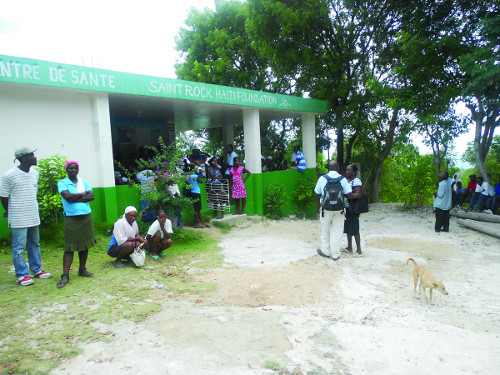 “I thought it would be a really cool experience,” said Cadigan, who has aspirations to follow his father’s career path. “I knew it would be beneficial to go down and experience what it was like to be in a clinic and see the kind of health care.”

Once the team arrived and medical supplies were evaluated, an old EKG machine was discovered and needed tested. Cadigan was the test subject and was connected to the heart-monitoring machine with a group of wires. As the machine displayed the heart tracing, Cadigan’s life instantly changed and he had no idea, but his father did.

“I remember his face, he seemed completely shocked,” Cadigan said. “I asked him what was wrong with me and he said everything was fine so I didn’t think anything of it at the time.”

So, for the next few days, Cadigan’s father went about his business so not to worry his son. On the first full day back in the United States, Cadigan was in his father’s office for more testing and was diagnosed with primum atrial septal defect.

“I was in complete disbelief,” Cadigan said when the condition was revealed. “I had been playing sports and doing so many things and to hear that in a few years I would need a heart and lung transplant. How could this be happening right now?”

Cadigan was unknowingly born with the congenital anomaly in which there is a large hole in the wall dividing the top two chambers of the heart. When diagnosed, his tricuspid and mitral valves were leaking badly.

“Jack’s case does beg the issue of whether all children in the USA, particularly athletes, should receive one EKG screening,” Cadigan’s father said via email. “Sudden death in a young child is devastating, not only for the family but the entire community. Proper screening could in most cases avoid this.”

While Cadigan’s medical story is remarkable in itself, it’s what he did in the months following his surgery that will serve as an inspiration to many.

Just prior to his one-month checkup, he heard about a Haitian girl named Lourdina Chery who had been taken to one of the girls’ orphanages in the Saint Rock Region – the same orphanage where Cadigan worked while his father was at the nearby Saint Rock Haiti Foundation clinic. The clinic staff was told that Chery, whose mother and father were dead, was very sick and the family was not able to care for her. Chery had her heart evaluated on the same machine that first detected Cadigan’s condition, and, once again, the news was not good. Tests indicated that Chery had rheumatic heart disease resulting from rheumatic fever.

The battle she was about to fight was not the first time she had faced adversity. Cadigan said, according to Chery, she survived a school collapse that killed her teacher and classmates during a 2010 earthquake that devastated the already impoverished country.

As Cadigan and his father discussed Chery’s situation and options, the elder Cadigan revealed that the life-saving surgery she needed was not available in Haiti and without it she would likely die within a year.

As Chery’s limited options did not sit well with Cadigan, he reached out to his surgeon for help. During his one-month follow up, he asked MacGillivray if Chery was able to get to Boston, would he perform the surgery and, surprisingly, he agreed. MacGillivray later performed the life-saving surgery at Massachusetts General Hospital in the spring of 2013.

“When she came up here she knew no one,” Cadigan said. “After her surgery I was there when she went to the ICU and I was just holding her hand and trying to tell her that I knew what she was going through.”

The pair is bonded by scars and has become close throughout the process. Cadigan has hopes that Chery will return to the United States when she is of age to attend college and possibly reside here permanently.

Cadigan said his body felt like it was withering away and giving up as he lost a lot of weight after surgery; however, he made his way back to the court through hard work and a little motivation from seeing Jeff Green of the Boston Celtics come back from a similar procedure.

“The (Boston) Celtics were playing a preseason game and Jeff Green had just come back from open-heart surgery and this was like his debut,” Cadigan said. “Watching him play was an amazing experience. I thought if he can come back and play at the highest level, why could I not come back to play for my high school team.”

Cadigan is back on the court leading the Warriors and has continued his mission work with his father. He has made a pair of trips to Haiti since his initial life-changing trip. He said that through his work and his story, he hopes to inspire people to help others as well as bring awareness about the people of Haiti, where life is sometimes an afterthought.

“Something that many people (in Haiti) would not believe – one life really does matter,” he said. “They have a lot of deaths, a lot of infant deaths and not a long life expectancy. To me, one life does matter.”

Jason Haddix is coordinator of sports at the NFHS after serving internships in the Publications/Communications Department. He is a 2013 graduate of Indiana University-Purdue University Indianapolis where he earned a bachelor’s degree in medical imaging and a certificate in journalism.