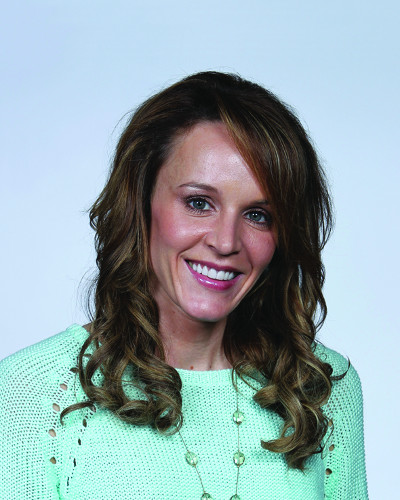 Jackie Stiles was born in 1978 in Kansas City, Kansas, and went on to become one of the greatest high school athletes in U.S. history. She starred in four sports at Claflin (Kansas) High School from 1993 to 1997. In basketball, she scored 3,603 points and averaged 35.7 points per game (seventh all-time nationally). She averaged a staggering 46.4 points (fourth all-time nationally) as a senior. She was also a standout in track and field. Stiles helped Claflin to two state titles and set an all-state record with 14 gold medals. As a junior, she became the first female athlete to win the 400, 800, 1600 and 3200 in the same day. She also competed on the cross country and tennis teams. Stiles chose to pursue her primary passion, basketball, at Southwest Missouri State University (now Missouri State University), where she led her team to a berth in the 2001 NCAA Women’s Final Four. Stiles is the all-time leading scorer in NCAA Division I women’s basketball history with 3,393 points. She was named WNBA Rookie of the Year in 2001 after averaging 14.9 points per game for the Portland Fire. She is currently the assistant women’s basketball coach at Missouri State University. Stiles will be inducted into the NFHS National High School Hall of Fame July 2 in New Orleans, Louisiana.

Q. What drew you to the sport of basketball?

Stiles: My dad was a varsity boys basketball coach when I was growing up. I would always follow him to the gym for practice. He would tell me how to shoot and dribble on the sideline while he was running practice, and I would do my best to try to impress him and do what he told me. I always had a vision from an early age that this is what I wanted to do with my life.

Q. Basketball was clearly most important to you, so why did you also run track, cross country and play tennis?

Stiles: I’m from a really small town, so there wasn’t much else to do. It was just kind of what you did. You did all the sports, really. I even ran AAU track as well as a young girl. In fact, I ran AAU track before I got on an AAU basketball team because there weren’t any teams around me when I was younger. I honestly just enjoyed all sports. Basketball was obviously my No. 1 love, and I did it year-round while I was doing the other ones, but I just really enjoyed going from sport to sport.

Q. What is your opinion on youth sport specialization?

Stiles: Obviously, I’m a little more for doing it all because that’s the experience I had, and I had a great time doing it. I think college is when you can really focus on one sport. You can still do one that is most important to you year-round when you are doing those other sports, but I really think it prevents burnout and overuse injuries. I think some of the cross training helps with some of those overuse injuries. I really honestly think it helped me to do all the other sports.

Q. How did you avoid becoming burned out on basketball?

Stiles: I just absolutely loved it. I couldn’t get enough of it. People thought my dad pushed me, but he actually tried to get me out of the gym. I just wanted to become the best player that I could become, and I felt that if I took a day off, then that meant someone else is out there working harder than me. I just had such passion for it that I never got burned out.

Q. As a college coach, what kind of student-athlete do you look for when you are recruiting?

Stiles: Intangibles. I want somebody who is a competitor and a hard worker. If you’re lazy or have an attitude, that’s definitely not going to help you get a scholarship. I think it’s very important to work hard, be competitive and have the right attitude. Of course, we want the most talented players that have those intangibles, but we’ve had very talented players that maybe didn’t have the intangibles, and we didn’t give them a scholarship. That’s how important intangibles are to us.

Q. How did your high school experiences shape the rest of your career?

Stiles: I always say that I would have never made it to the level I did if it weren’t for that foundation I built as a kid. Having so many great coaches throughout my high school career helped me develop emotionally, mentally and skill-wise. I just had such a strong base from my high school experience that I was able to build on that and take that into the next level.

Q. What high school accomplishment are you most proud of?

Stiles: Unfortunately, I never got to win a state championship in basketball. That was the one thing I wanted the most, but I was not able to achieve it. But, I’d probably have to say that something that I’ll never forget was when I ran my last race in track, and I was able to set the all-time gold medal record in the state of Kansas. That was probably one of my most memorable experiences.

Q. What advice would you give high school athletes today?

Stiles: People always ask me what the key to my success was. If I had to say just one thing, I would say work ethic. I would tell athletes to just make sure that you work hard, and make the most of all your opportunities and experiences. You never want to look back on your high school career with any regret. You don’t really realize how special high school athletics are, and how special being a part of a team is until it’s gone. Just work hard, and enjoy every second of the dream. Don’t get so focused on your final outcome of what you’re trying to achieve; pay attention to the day to day. When you look back on your career it’s not so much the wins and losses; it’s hanging out with your teammates and the different experiences you have being a part of a team.