It All Started Here: James Harden 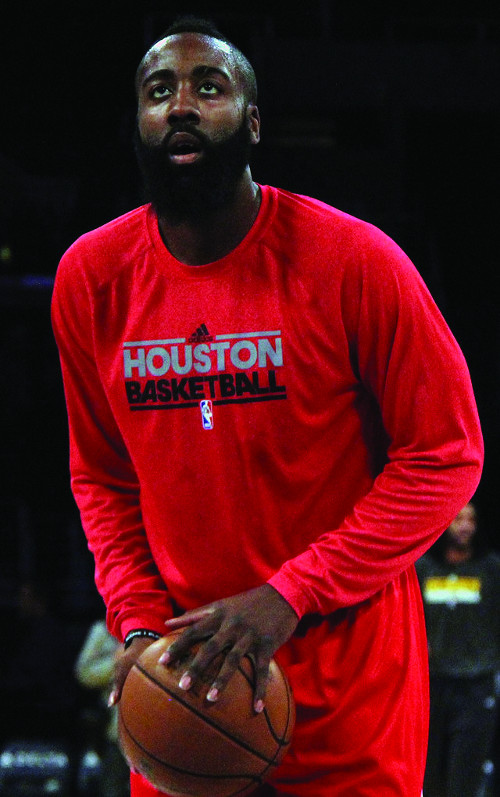 It is hard to ignore James Harden and his trademark beard. It is becoming even harder to ignore his play on the court. The Houston Rockets’ guard leads the National Basketball Association in scoring this season with more than 27 points per game. Behind Harden’s scoring and all-around play, the Rockets are in the thick of the Western Conference playoff race.

His facial hair may be a change since his high school days, but his outstanding play is nothing new. Harden attended Artesia High School in Lakewood, California, where he played varsity basketball beginning his sophomore year. Harden led Artesia to back-to-back California Interscholastic Federation state championships in his junior and senior seasons.

Harden regularly filled the stat sheet at Artesia. He averaged 18.8 points, 7.9 rebounds, 3.9 assists, 1.9 steals and 1.2 blocks per game during his senior year. In his final two seasons, Artesia only lost three games.

Harden was named a 2007 Parade and McDonald’s All-American after his senior season. He went on to star for Arizona State University for two years before the Oklahoma City Thunder selected him with the third overall pick in the 2009 NBA Draft.

Harden immediately became a key contributor for the Thunder. He made the NBA All-Rookie Second Team in 2010 and was named the NBA Sixth Man of the Year in 2012. After an offseason trade to the Rockets, Harden quickly ascended to the NBA’s upper echelon. Last season, he was named first team All-NBA in his second year with Houston.

Harden will play in his third All-Star Game later this month, and he has also won two Gold Medals with the USA Basketball team.

Off the field, Harden sponsors a basketball camp for school-aged children in the Houston area, and hosted a camp in the Philippines as a part of the NBA Cares program.

Ben Sieck is an intern in the NFHS Publications and Communications Department and a junior at Butler University.