In the western suburbs of Chicago, Hinsdale Township High School District 86 and its 4,000-plus students at two high schools enjoyed a prolific fall in their athletic endeavors.

The football team from South High School reached the football quarterfinals for just the second time since 2006, and the Hinsdale South boys cross country team posted a top 10 finish at the state meet. 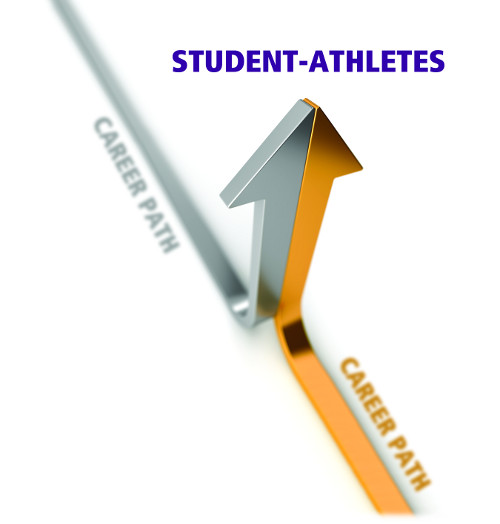 District 86 Superintendent Dr. Bruce Law isn’t taking credit for any of those victories or trophies, but he does recognize how important the superintendent‘s role can be in maintaining athletic programs that succeed in producing successful students off the field, if not successful teams on it.

“One thing I would say to any new high school superintendent is never underestimate the importance of athletics in the educational setting,” said Law, an Indiana native who worked as a teacher and administrator in the Hoosier state before coming to Hinsdale’s District 86. “It is easy to become focused on other things and not remember that for a lot of the community, athletics are very important.”
Law entered his career in education with an appreciation for athletics, having participated in basketball, cross country and tennis during his own high school career, but didn’t serve in a high school coaching or athletic director setting professionally prior to his superintendent appointment.

Around the country, high school administrator positions continue to evolve, and while Law says most of the superintendents he works with followed a similar path from the classroom into administration, more non-traditional paths are beginning to emerge.

A Pennsylvania law (House Bill 1307) signed in 2012 dropped the requirement that a school superintendent have “any experience in a classroom” or “education-related degree” in order to be considered for a school administration position.

A Scranton Times-Tribune story on House Bill 1307 cited that the new requirements to become a superintendent include “a degree in business, finance, management or law, along with four years of related experience. Upon appointment, the person would need to complete a leadership development program.” The story went on to cite that one of the important factors in passing the new law was that “school districts will suddenly find a much larger pool of applicants for the top jobs.”

“I am seeing a growing number of women in superintendent positions,” said Villa Grove (Illinois) High School Superintendent MaryAnn Manos. “I bet if you check the stats, you will find that in most cases female superintendents have a background in curriculum and instruction, while a growing number of men in the same position have a background in business or finance. The job is bigger than all of us, so no matter the background, the ones who are willing to learn will succeed.”

Athletics was an area where Manos had to learn to succeed. Empirically, the instances of high school administrators without backgrounds in teaching and coaching, or athletics in general, appears to be on the rise. That trait is neither definitively positive nor negative, and more dependent on the ability to learn and adapt. Manos, who has previously taught or been a school administrator in Louisiana, Ohio, Oklahoma and Texas due to her husband’s military duties, understands that her lack of experience was likely a source of nerves in the high school athletic community upon her arrival.

“My background in athletics is nonexistent,” said Manos. “Power is always scary, especially power without knowledge. I leaned on those who had athletic expertise. It was a baptism by fire, and I would recommend any superintendent in that position develop a great connection with someone who has knowledge of athletics.”

Just south of Champaign, Illinois, Villa Grove epitomizes that neither size nor success dictate a community’s connection to its high school. With 167 students in its high school building and one state championship in its history from 1923, the community expectations 162 miles south of Hinsdale don’t necessarily change.

“Nothing brings a community together like athletics,” said Manos. “We are here for education, but creating well-rounded individuals is our mission. I get jazzed up seeing a student who excels on the football field, and then sings in the choir, and then is on stage in a musical, and is taking honors courses. We want to offer our students a full package and load them up with all the opportunities we have.”

“College and career ready young people are able to practice individually, collaborate with groups, and perform for audiences,” Brown said. “No other area provides as much authentic experience supporting 21st century skills than participation in athletics. Therefore, athletic and other co-curricular programs deserve the superintendent’s understanding, support and leadership.”

Hinsdale’s community audience showed up on and off the fields to support athletics in 2014. The district’s amazing fall could have potentially been derailed in October, when it appeared that the teaching staffs at both schools were going to go on strike.

“I think (sports) was definitely a factor (in not striking),” Law said. “We had a Board meeting where 1,500 people showed up. Several student-athletes and the parents of student-athletes spoke. They expressed that they had successful teams that had chances for postseason success and did not want a strike to ruin that. There was nothing I had to do directly there – the community spoke.”

Law indicated that a hands-off approach and team building can be the secret to the success for a superintendent maintaining an athletic program that produces successful students and continues its community bond.

“If there isn’t a situation that demands my attention, I may not have any daily interaction with our high school athletic programs,” Law said. “I have found that if you hire great people, especially a great athletic director and a strong principal, most of your worries will be taken care of.

Matt Troha is assistant executive director of the Illinois High School Association and a member of the High School Today Publications Committee.