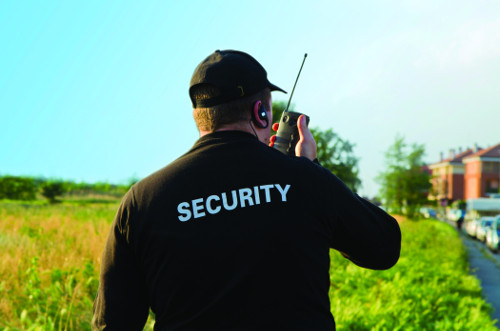 From Saturday morning youth soccer to events such as the NCAA Final Four and the Super Bowl, the emphasis on the safety and security of sporting events is growing. High school sports are no exception. Athletic directors are working harder than ever to minimize the risk and maximize the security of participants, coaches and fans at high school athletic events. One needs to look no further than the 2013 Boston Marathon bombing to understand the seriousness of these concerns.

The renewed focus on safety and security has led to the creation of various organizations to assist interscholastic administrators. One such organization is the National Center for Spectator Sports Safety and Security (NCS4) at the University of Southern Mississippi. The center was founded in 2006, and was the first academic center of its kind.

The center has sought to actively engage high school institutions in a myriad of ways. One such endeavor is through its yearly National Interscholastic Athletics and After-School Safety and Security Summit. The 2015 summit was held in March in Hattiesburg, Mississippi.

The summit was a culmination of research conducted by the center on the most pressing issues facing athletic administrators. The summit addressed the six major issues facing athletic administrators: planning the game-day environment, preparing for emergency situations, identifying risks and threats, monitoring proper facility design and environment, building a safety-minded culture, and training staff.

Daniel Ward, coordinator of training, exercise and assessment for the NCS4, said each topic addressed at the summit is an integral part of the overall safety mission. However, it all starts with building a safety-awareness culture.

“In order to make events safer, schools need to embrace solutions,” he said. “Schools should be focused on preventing problems before they occur. To prevent them from becoming the problem, make people part of the solution.”

Ward said there was not one issue that stood out over the others at the conference. The conference allowed schools to learn about the issues facing other schools, and how they handle them. Whatever schools do to promote safety, Ward said it is important to focus on one thing at a time.

“There are no overnight fixes to the issues schools face,” he said. “Schools should focus on one thing at a time and build from there. The first step in that process is identifying threats and vulnerabilities. That list gives an idea of where to start, and what the next steps will be.”

The NCS4 looks to state associations to play a big role in furthering security as well. The NCS4 relies on the associations to bring professionals together; address trends, topics and training that promote safety; and assist school districts in preparing for security issues.

“Most schools are aware of their shortfalls,” Ward said. “They need resources and support to foster continuous improvement and to provide direction.”

Elliot Hopkins, NFHS director of sports, sanctioning and student services, was the keynote speaker at the NCS4 summit on the topic of building a safety-awareness culture. He said schools have to go through the proper steps to build this culture. They must first identify their resources and then form a plan. Once that plan is laid out, schools must share the plan with everyone from the teachers to the custodial staff. Finally, schools must practice.

“When people drop their kids off at school, they have the assumption that once their child walks through the doors that their child is safe,” Hopkins said. “But if schools don’t have a proper, practiced plan in place, then this is not the case.”

Hopkins said the biggest thing state associations can do to help is to provide encouragement. He suggested associations could sponsor initiatives such as “Emergency Prep Day,” and providing speakers and workshops for little to no cost to schools.

“If schools see that their state association is serious about this, then they will take this seriously, too.”

As for the NFHS’ role, Hopkins said it is similar to its member associations – the federation will do what it can to encourage, educate and help the associations in their efforts.

“We shouldn’t be afraid to talk about this kind of thing,” he said. “People don’t want to think about it, but in today’s world we have to.”

Hammes said the easiest thing athletic directors can do is develop a team at the local level.

“You can’t do it all by yourself,” he said. “You won’t have sustainability without a team behind you.”

Once the team is in place, assessing risk, drafting plans, practicing those plans and evaluating those programs become much easier. He said schools should hold regular communicatory meetings throughout the school year to ensure everyone involved is aware of the different plans in place.

Hammes said the most important issue for schools is diffusing irate, misguided parents.

“You have to find compassion with a parent in that situation,” he said. “Don’t correct the behavior, diffuse the situation.”

Correcting behavior often leads to an escalation of the situation. Instead, Hammes advises that the person tasked with approaching the parent take a more measured approach. He recommends talking with a lowered voice and using a question format. Starting the conversation with, “I’m sorry, can I help you?” or “Excuse me, do you know our sportsmanship guidelines?” is much more effective than directly pointing out what the parent is doing wrong.

Hammes said he believes schools need to devote more energy to monitoring who comes into the events.

“A people detector is better than a metal detector,” he said.

Hammes said administrators should be on the lookout for suspicious activity – not physical characteristics, which is profiling – before games begin. An unnatural bulge or behavior could indicate a threat. He also recommends schools take additional screening precautions. Those steps include posting at least one armed law enforcement officer at every event and banning any bags longer, wider or deeper than 12 inches.

Overall, Hammes said he has been pleasantly surprised with the responsiveness of the schools that he has assisted. However, he cannot visit every school and cannot stress enough the importance of aggressively pursuing safer events.

“Too many schools don’t ever think something is going to happen to them,” he said. “That attitude is the biggest problem we face.”

“Schools also need to be aware that there is no such thing as 100 percent safe. In today’s world that is not possible, but we still need to remain diligent to ensure games and events are as safe as possible.”

Hammes can be reached at SafeSportZone@gmail.com or through his website, www.SafeSportZone.com.