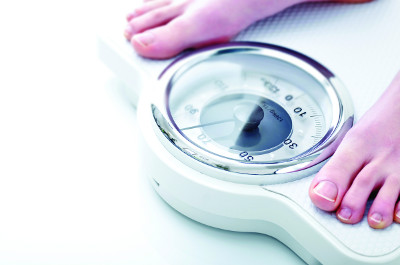 “Your child is fat.” No, that’s too straightforward. “Your child is obese.” Well, that’s what we were taught to say in medical school, but it sounds so judgmental. Perhaps we should just say, “Time to cut down on the Cheetos,” with a wink and nod.

This is a tough conversation to have, but physicians have it nearly every day with 1 in 5 children and their families. Childhood obesity has quadrupled since the 1980s. And the challenge is much harder when physicians have to tell obese parents that their children are obese. Clearly, this is not a phenomenon of childhood alone; this is a nationwide societal problem that often begins in childhood.

The concern for high school administrators and coaches is that if the tide is not turned with regard to obesity, fewer students are going to be participating in sports by the time they reach high school.

Who or what is to blame? “It’s parents these days, they are so permissive,” say the tiger moms. “It’s all the processed food and corn syrup subsidies,” say the organic food co-op paleo dieters. “It’s inactivity. Kids these days just don’t play outside anymore… when I was a kid…” say the grandparents. “It’s the technology. Phones, video games, cars, delivery service…we don’t have to use our bodies for anything.”

So who is right? It’s true the way our society eats has changed quite a bit in the last 50 years. Most families don’t prepare food from raw ingredients and eat every meal in their own home. The use of processed carbohydrates, especially high fructose corn syrup (HFCS) in processed foods, is ubiquitous. HCFS is readily available, cheap, stable and easy to use in food processing.

These values have led to a 1000% increase in use as a food ingredient from 1970 to 1990. HFCS composes about 10 percent of the average diet in the U.S. population over age 2. This consumption may be largely from sweetened beverages, such as soda pop and juice. Are these beverages putting pounds on our kids?

Although strides have been made in the nutrition area, efforts have not seemed to curb the pudge. During medical school, we went to a classroom of fifth-graders to teach them about nutrition, but they seemed to already know that fruits and vegetables are the “good” foods and soda and sweets are the “bad” foods. Just knowing more about nutrition isn’t enough.

So is inactivity to blame? Calories eaten should equal calories burned, right? We aren’t burning enough calories to match what we eat.

Certainly, our communities have changed. For the most part, 8-year-olds aren’t playing baseball together in the neighborhood park. Whether it’s safety or the places people choose to live, the days of playing outside in the street with the neighborhood kids after school until dark are more or less gone.

So what are kids doing instead? Some are playing with other kids in structured sports like soccer, baseball and basketball. Others are doing after-school activities like Girl Scouts/Boy Scouts, music and art. And some kids come home and watch television or play video games. Clearly, moving our bodies, whether it’s playing sports or building forts, is better than staring at a screen.

It is troubling that schools often place sports first on the chopping block when it comes to budget. We should be educating our young people to be well- rounded, healthy and prepared for adulthood through more than just academics. You hear about nutrition education in schools every day, but encouraging children to be physically active is just as important. In fact, children learn better and are more motivated to go to school when they are involved in sports and are physically active.

Hopefully, student-athletes involved in interscholastic sports are not in the obese category, but leaders in high school athletic programs certainly should have issues related to obesity on their radar. It is incumbent on high school athletic administrators and coaches to make sure there are educational programs in place in the elementary and middle schools. Otherwise, they may be facing this issue when students arrive on the high school campus.

So what do doctors tell these families after they tell them their child is fat?

The advantage obese children have over obese adults is that they are growing. Changing a child’s activity level in ways like joining a sports team can have a big impact on his or her body weight and health over time. Sports also provide opportunities for children to learn work ethic and build self-esteem outside the classroom

Angela Pellant, MD, is a board certified family physician in Boise, Idaho, who specializes in sports medicine. She is a member of the NFHS Sports Medicine Advisory Committee.