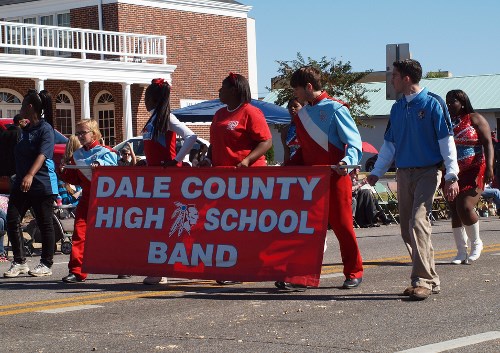 From the “Wiregrass Region” of southeastern Alabama comes the inspirational story of a high school marching band and its amazing band director.

That band is the Midland City (Alabama) Dale County High School Marching Band and its director is Sherri Miller. 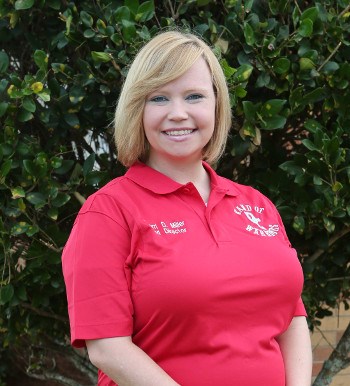 In recognition of their numerous selfless actions, they have been selected the national recipients of the 2016 “National High School Heart of the Arts Award” by the National Federation of State High School Associations (NFHS). They will receive their awards June 29 at the NFHS’ 97th Annual Summer Meeting Opening General Session at the Peppermill Resort in Reno, Nevada.

With an enrollment of 376 students in grades 9-12, Dale County High School is an Alabama High School Athletic Association (AHSAA) Class 3A high school located in rural Midland City. It has a 60-member school band that performs at many of the school’s athletic events.

During the 2015 AHSAA football playoffs, the band and its director Miller distinguished themselves as they selflessly took it upon itself to support a county rival neighboring school, Skipperville’s G.W. Long High School. Long High School does not have a band.

The Dale County Marching Warriors Band raised its own funds and traveled more than 250 miles to its rival’s quarterfinal football game at Flomaton, which Long won, 35-21. Under Miller’s direction, the Dale County band inspired the Rebels’ fans with their music and also played at halftime.

While Dale County’s selfless acts of kindness were in and of themselves impressive, the story goes beyond that.

During the past eight years, Dale County High School and G.W. Long High School have endured an enormous number of tragic losses.

In January 2013, longtime Dale County Public Schools bus driver Charles Poland gave up his life to protect a busload of children when a mentally disturbed war veteran attempted to take them hostage.

In January 2015, the school’s then-new band director, Sean Miller, was killed in a car accident less than a mile from the school on the same U.S. Highway 231 where Todd Horne was killed.

Then, in June 2015, G.W. Long Assistant Coach and former Auburn University/Daleville High School football star James Kiger was killed when his truck overturned just a few miles from where Todd Horne was killed.

Miller’s wife Sherri – who would often help Sean with the band – was selected in February 2015 to take over the position of band director. Sherri and Sean had one child at the time and were expecting their second child in July. Her band students immediately showered her with love and continue to do so today.

“I don’t know what I would have done without the support of my Dale County High School family and the surrounding community,” Miller said. “They really embraced me and helped me find a way to keep going.”

That was why Miller responded to a request from a friend about providing the Dale County band for the G.W. Long football playoff games. She wanted to give back. So did her band students.

“My husband loved music, knew the healing power of music, and the importance of ‘family’ when it came to his band members,” Sherri said. “He would often tell his students, ‘Every time you play a piece of music, play it like it might be your last time.’ He looked at music as a gift that could lift the spirits of those who listened.”

Miller was struggling with the upcoming Thanksgiving holidays as she moved forward without her husband. However, she said she gained tremendous comfort from a most unlikely place.

“I was at the cemetery visiting my husband’s grave,” she began. “I was really hurting. I got word that the funds had been raised for our band to travel to the Flomaton game and I was so proud.

“Then, as I was turning to leave the cemetery to where my car was parked, I saw Coach Todd Horne’s tombstone. I didn’t realize they were in the same cemetery, much less so close together. I felt the connection and a peace came over me, and I knew God was telling me everything was going to be okay.

“When I direct the school band in the band room, I do feel Sean’s presence quite strongly. Every day when I walk into South Dale Middle School and Dale County High School, I remember that those were the same steps he took every single day while he was here; walking the same halls and sitting in the same office. When I've had a tough day, I still hear his encouraging and comforting words. He would always squeeze my hand when I was feeling down, and to this day I still feel that gesture when I need it most. He is still very much here.”

“It was an honor just to have the Dale County High School (DCHS) band and band director nominated for the national award,” said Dale County High School Principal Matt Humphrey. “We were speechless after learning we had been chosen as the recipient for this national acclaimed award. DCHS has overcome so many struggles through loss of students and teachers through fatalities. I give credit to God our Father because through him we have been able to overcome our struggles.”

“The Dale County High School Marching Band’s love for sharing music, inspired by their recently deceased band director Sean Miller, was manifested by their desire to play for a rival school during the state playoffs,” said Alabama High School Athletic Association (AHSAA) Communications Director Ron Ingram. “The unselfish act was also an act of love shown to their new band director, Sherri Miller, the current band director and young widow of Sean. The lessons learned through their love for music helped this 60-member band provide memories that will be long-lasting.”

“The NFHS developed its ‘National High School Heart of the Arts Award’ to recognize those individuals or groups who exemplify the ideals of the positive heart of the arts that represent the core mission of education-based activities,” AHSAA Executive Director Steve Savarese said. “I am proud to say Dale County’s band and its band director Mrs. Sherri Miller meet all those standards and then some.

“We congratulate and thank Mrs. Miller, Dale County High School principal Matt Humphrey, Superintendent Donny Bynum and the Warriors Marching Band. They have shown us all the ‘heart’ behind the music, and the power of love and healing that exists when we use God’s talents for Godly things. Their service to others is an example we all should try to emulate.” 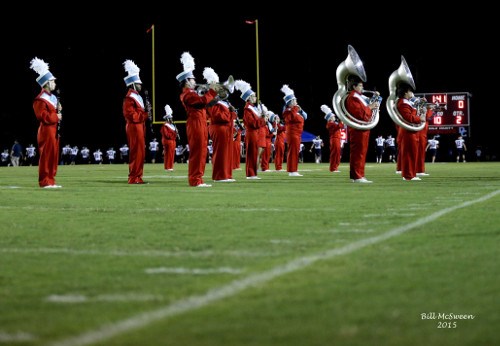 Nominations for this award were generated through NFHS member state associations and reviewed by the NFHS National High School Heart of the Arts Award Selection Committee composed of state association staff members. While the national winner will be recognized June 29 at the NFHS Summer Meeting in Reno, Nevada, the section winners will be recognized within their respective states and will receive awards before the end of the current school year.

She's Got Something to Say Podcast - Rhonda Blanford-Green